The many benefits of virtualization software have led to an increase in its use among businesses the world over. Also, this demand has fueled different vendors to offer virtualization software, each in a different format. For example, let’s take the two largest players in this industry — Microsoft and VMware. Both these companies offer excellent virtualization software, but unfortunately they’re not compatible with each other. VMware uses a format called virtual machine disk (VMDK) while Microsoft uses a format called virtual hard disk (VHD) to store your virtual disks. So, what happens when you have a client who gives you a bunch of VMDK files, but you have a Hyper-V set up in your system? Well, you’ll have to convert one format to another, meaning you’ll need some sort of VMDK to VHD conversion tool. How to Convert VMWare VMDK File to Hyper-V VHD and VHDX file Simple Tricks

If you counter following error:

In my case it was entry 4 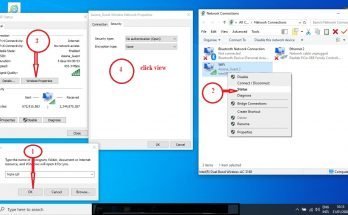 Signature button does not work (hang) in Outlook 2010